I’ve released a new preloadable wrapper named resolv_wrapper which can be used for nameserver redirection or DNS response faking. It can be used in testing environment to route DNS queries to a real nameserver separate from resolv.conf or fake one with simple config file. We tested it on Linux, FreeBSD and Solaris. It should work on other UNIX flavors too. 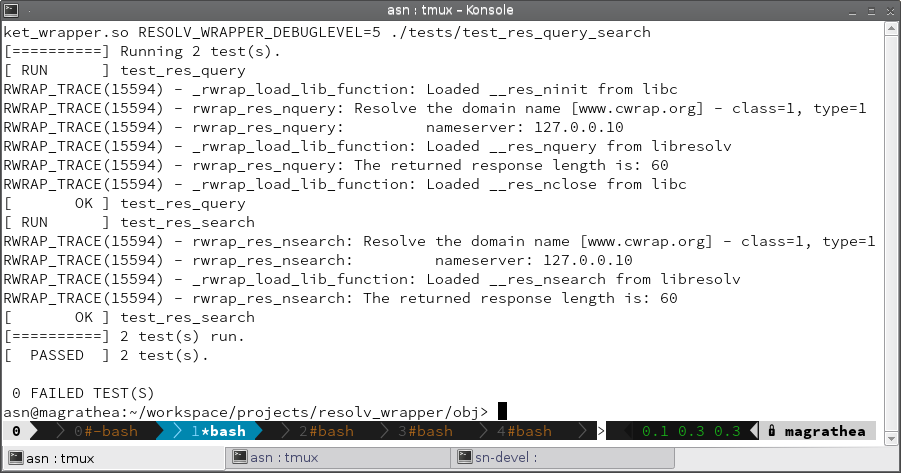