Taking your bike on a plane

Here is a totally computer unrelated post! Several people asked me how do I protect my bike to transport it safely on a plane. One possibility is to use a bike box, but the issue with a box is that airline personal likes big boxes, because they can use it to pile a lot of suitcases on it. I prefer to just wrap it with cardboard! Normally I go to a supermarket and ask if they have some spare cardboard for me. Normally they are happy to get rid of some. What you need bring from home in addition is a piece of rope, zip ties, duct tape, an old towel and a multitool or cutter. 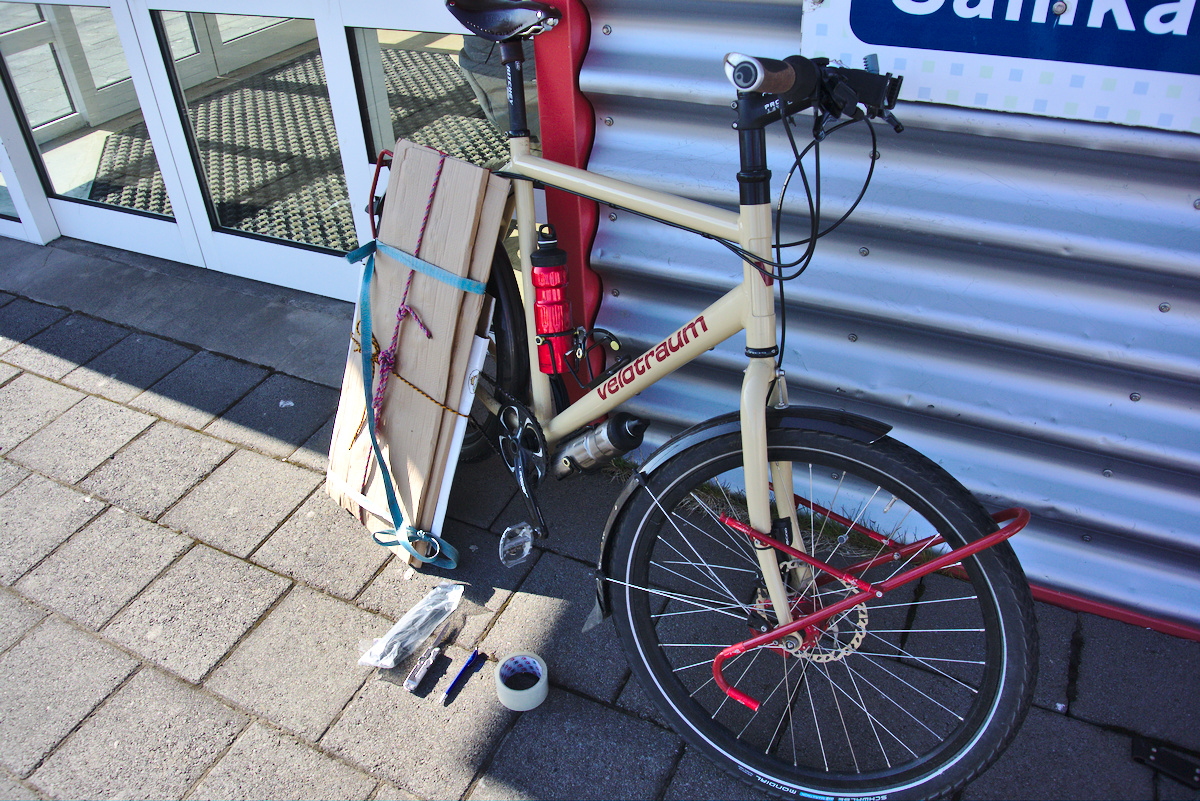 This small package is easy to transport. Either on the back of the bike or on your back 😉

At the airport you remove the pedals and fix the crank. Put the towel over the saddle and fix it with duct tape or a piece of rope. Tie a rope from the saddle to the handle bar so you can carry it. This makes it also easier for the airport personal to lift it. Then cover the bike with cardboard. Some parts are fixed on the bike with zip ties so they can’t move. In the end it normally looks like this: 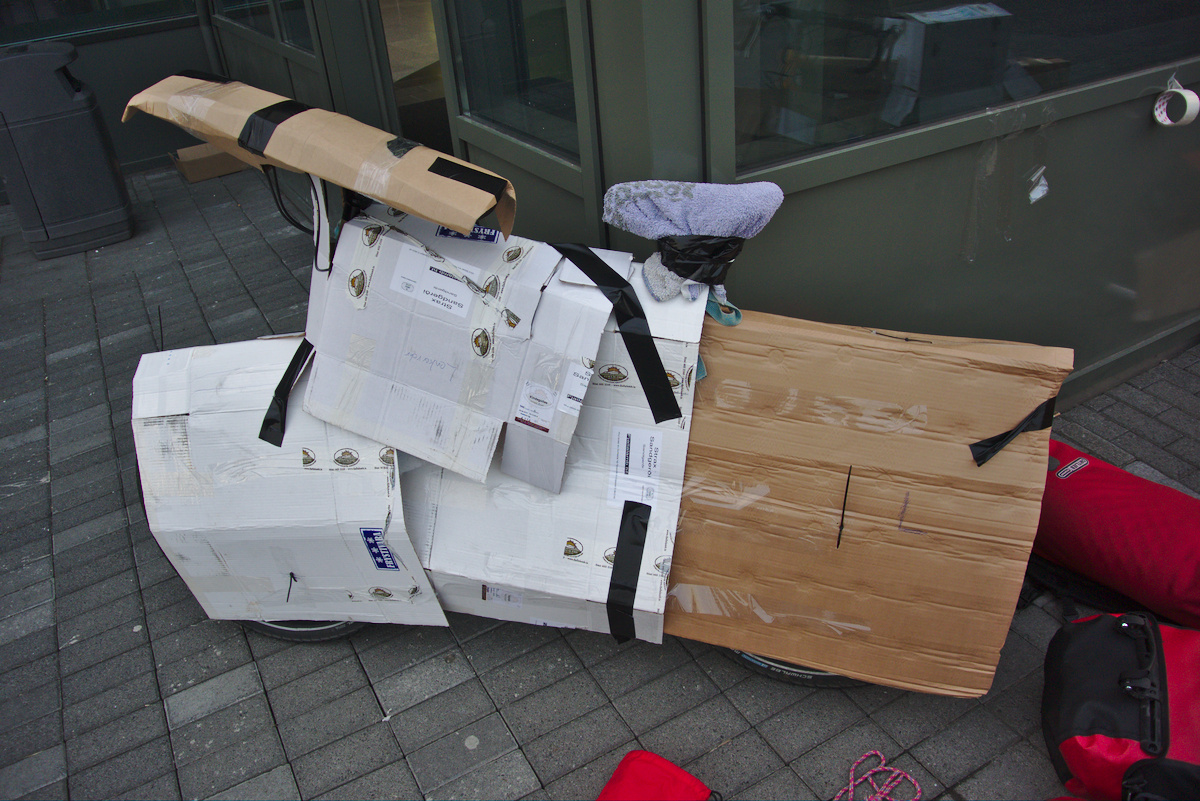 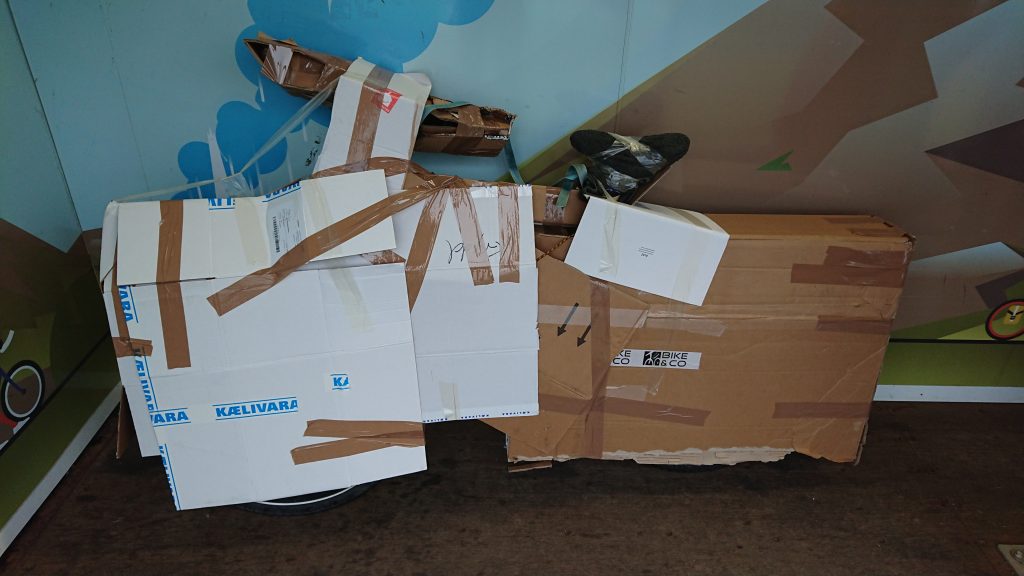 If you’re on a bike trip you normally have 4 bike panniers with you, but the airline only allows to carry one luggage. Either the airport offers to wrap them or you go to a grocery store and buy plastfoil for food. It is very thin so you need 60m. It is not really Eco-friendly but normally you get it everywhere and it is cheap. [UPDATE] An alternative is to use two big Ikea bags. First put the Ikea bag over your panniers and the inside one. Use a rope to connect the handles so you can carry it. 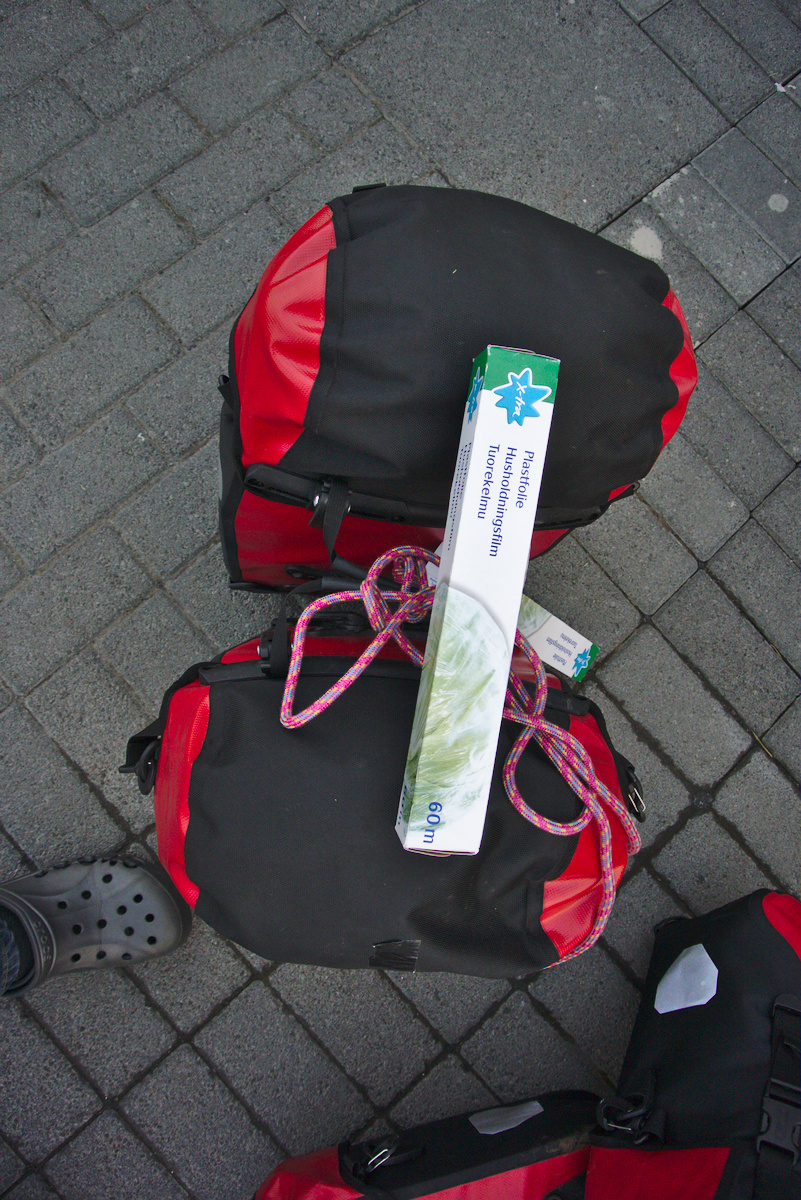 I use a rope to connect them and make sure not to loose one. After the two are in a good shape (ca. 25m) put the smaller panniers on the side and start to wrap the whole thing: 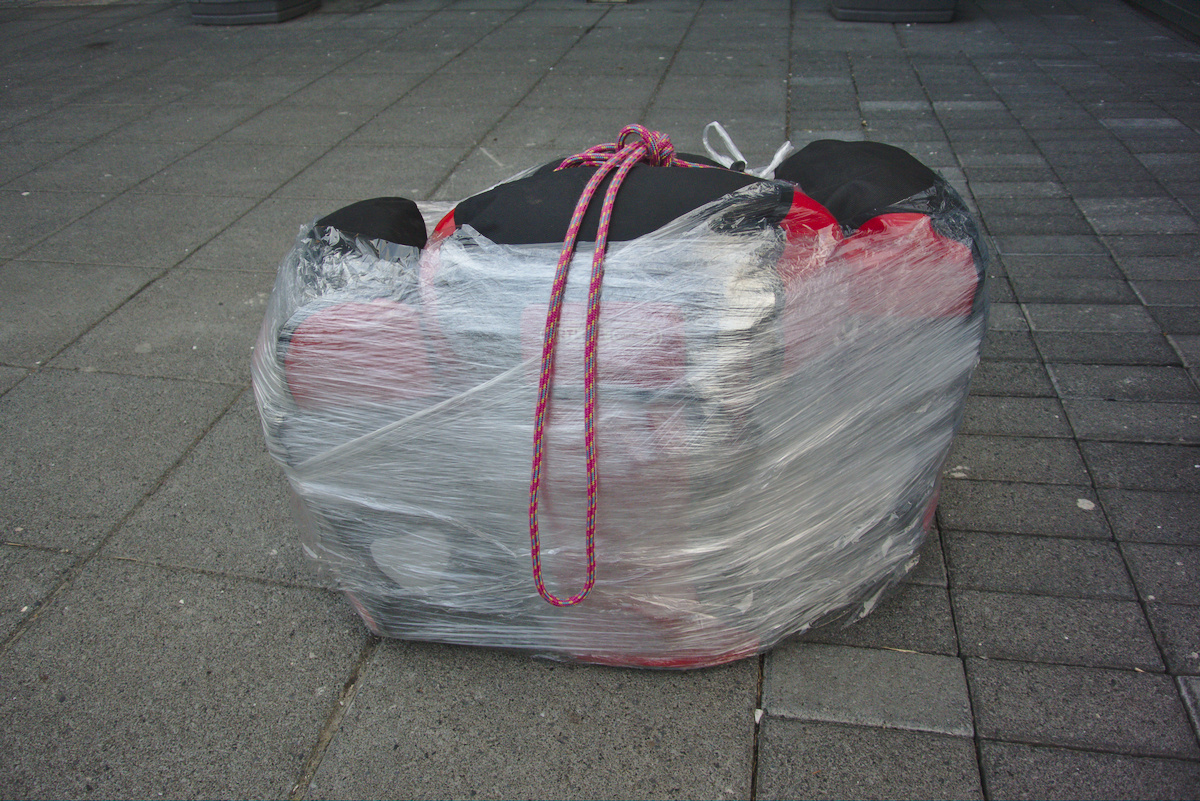 Have a safe trip!